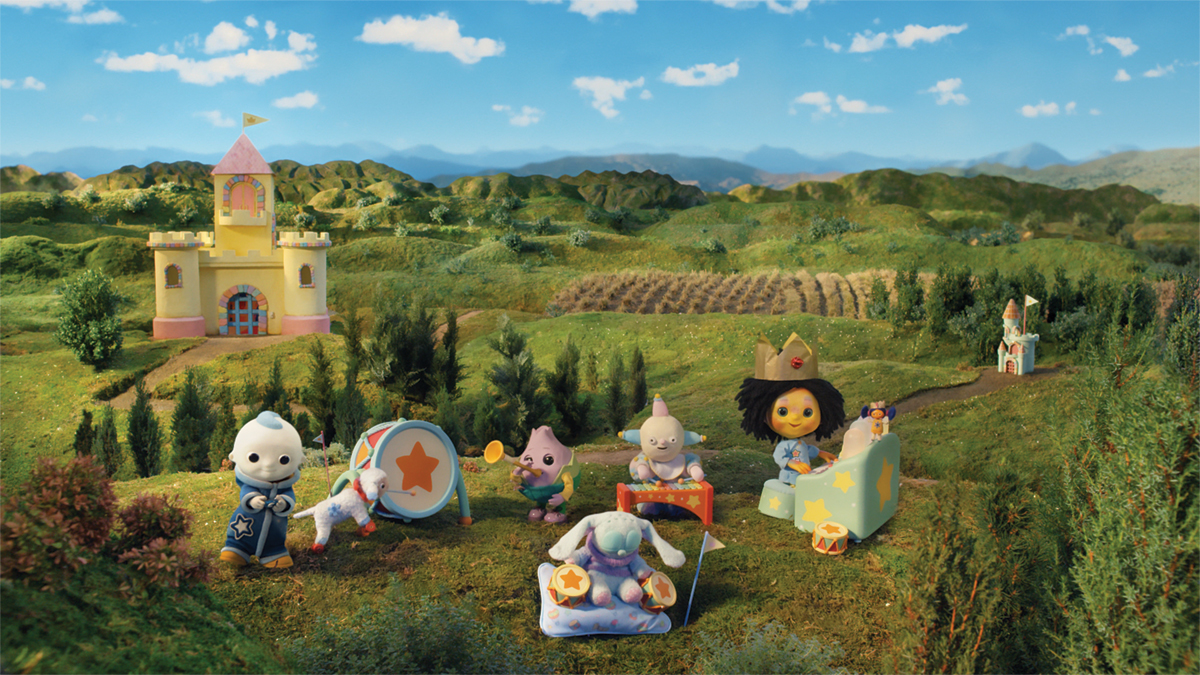 Groundbreaking Preschool Series from Andrew Davenport Enjoying Early Success on CBeebies in the U.K. and Premiered on Universal Kids in the U.S. on Monday May 20th

Moon and Me (50 x 22’) made its global television premiere on BBC’s CBeebies in the UK in early February 2019 and has just debuted in the U.S. on Universal Kids, part of NBCUniversal’s Entertainment & Lifestyle group, where it will air each weekday at 8:00am. In the UK, the series has been a top performer on CBeebies since its launch in February 2019. More than 40 consumer product licensees have already been secured by Sutikki, including Hasbro (global master toy) and Scholastic (global master publishing) with product rolling out in the UK later this summer. 9 Story Distribution International oversees global distribution of the series (excluding the US, UK and China), while 9 Story Brands manages global merchandising rights (excluding the UK and China).

Created by Andrew Davenport, known for Teletubbies and In The Night Garden, and produced by Davenport’s Foundling Bird and Sutikki, Moon and Me is inspired by well-loved tales of toys that come to life when nobody’s looking. The series breaks new ground in its technical and visual ambition, and combines the latest production methods to bring the colorful world of Moon and Me to life. With friendship at its heart, Moon and Me explores how the characters demonstrate kindness, empathy and consideration to each other.

9 Story Distribution International is the international distribution arm of 9 Story Media Group, a leading content creator, producer and distributor of kids & family focused intellectual property. Recognized around the world for best-in-class brands such as Daniel Tiger’s Neighbourhood, Wild Kratts, Barney and Garfield and Friends, 9 Story Distribution International represents over 4,000 half hours of animated and live action programming, seen on some of the most respected international channels and platforms.  With facilities in Toronto, New York, Dublin, Manchester and Bali, 9 Story Media Group employs over 1,000 creative and corporate staff. www.9story.com

Andrew Davenport is a multi-award-winning English producer, writer and composer specializing in creating high-volume television and publishing series for young children. He co-created Teletubbies (first broadcast in UK in 1997) and wrote all of its 365 episodes. Teletubbies was broadcast in 125 countries, translated into 45 languages, won 17 industry awards and achieved ‘iconic’ status as probably the most instantly recognizable British pre-school brand of contemporary times. Davenport also created the double-BAFTA-winning global success In the Night Garden (first broadcast in the UK in 2007), writing all of its 100 episodes, and composing its title theme and all incidental music.

Sutikki — Japanese for sticky — was founded in 2016 by executives Irene Weibel and Andrew Kerr.  Backed by L.A. based studio Bento Box, Sutikki (www.sutikki.com) creates, produces, distributes and merchandises compelling content built for today’s kids aged 2-11. Sutikki believes in the power of story and its ability to drive commercial success globally.