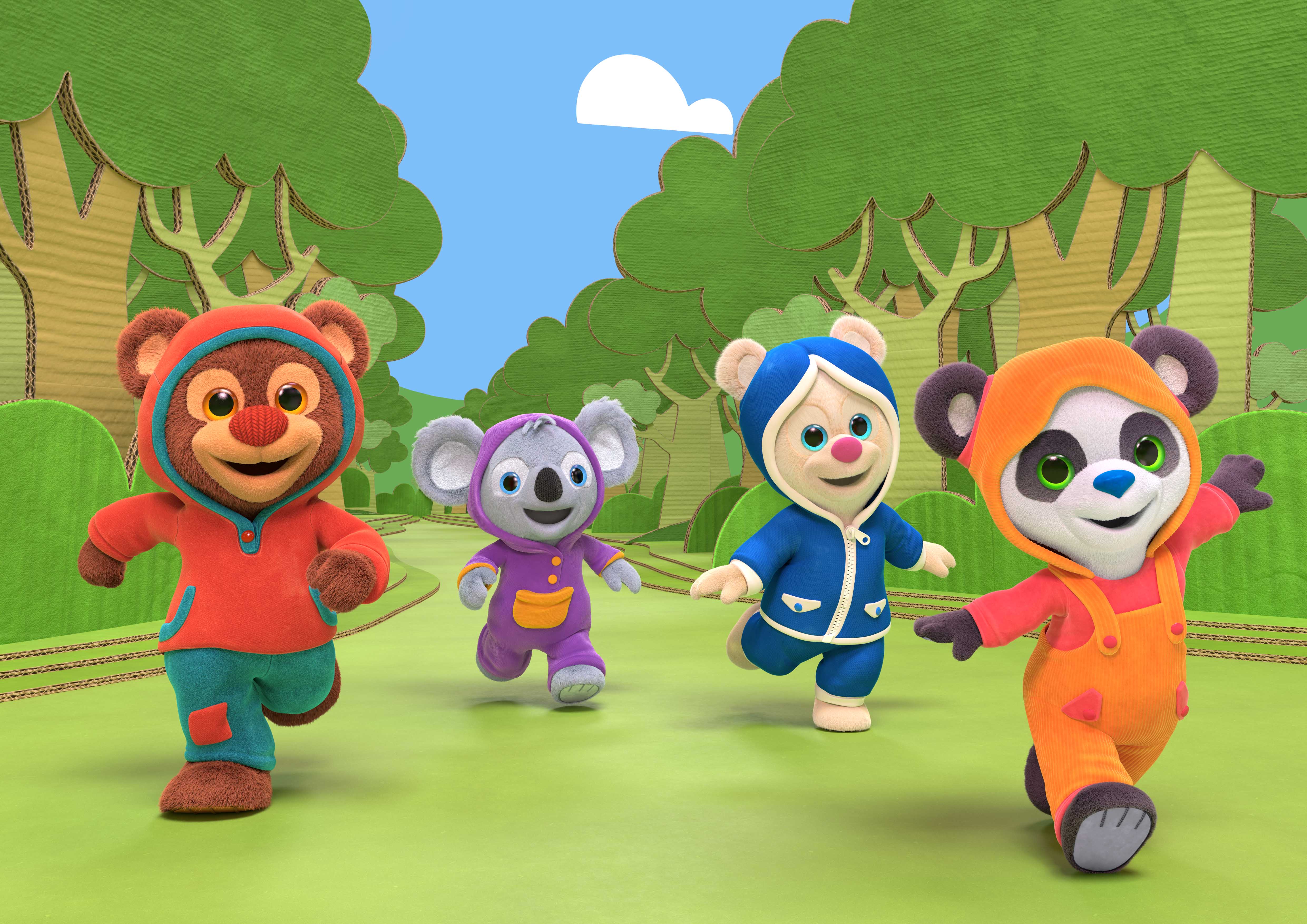 9 Story will bring Book Hungry Bears (52×11 min) to MIPCOM next month, sharing the first episodes with the international broadcast community.

The series has been commissioned by Canada’s TVOkids and TFO, in association with Knowledge Kids and been picked up for broadcast on TVNZ in New Zealand and by ABC Australia.

Created by world-renowned children’s writer and illustrator Martin Baynton (Jane and the Dragon), the new animated series is centered around four Book Hungry Bears – Crystal, Boomer, Melody and Scout – who LOVE picture books. Every day they go on adventures in a beautiful papercraft world in search of a book they can share, catching books which flit and flutter like birds amid the paper trees. Each adventure in the show finishes with the Bears successfully finding and settling down to enjoy a story book that reinforces the themes of the episode including topics such as change, diversity, perseverance, new experiences, shared responsibilities and making friends.

“We are excited to be announcing the appointment of 9 Story Distribution International and 9 Story Brands as our distribution and merchandising partner for Book Hungry Bears.  Their expertise and experience in both facets of distribution and licensing will ensure the global success of this preschool brand and we can’t wait to delight audiences the world over with the animated series,” said Pūkeko Pictures’ Chief Executive Officer, Clive Spink.

“We are elated to have the opportunity to work together with 9 Story Distribution International and 9 Story Brands. Their dynamic approach to distribution make them an ideal partner to ensure the global success of this extraordinary pre-school series,” said Ira Levy, Partner, Executive Producer at Breakthrough Entertainment.

Pūkeko Pictures is an independent entertainment production company focused on the development and production of world-class, multi-platform entertainment for a global audience. Pūkeko Pictures was formed in 2008 by Sir Richard Taylor, Tania Rodger and Martin Baynton, and is located in Wellington, New Zealand. With a connection to the world famous Weta Workshop (Avatar, King Kong, Lord of the Rings), Pūkeko Pictures is uniquely positioned in the creation of world-leading entertainment, harnessing the best in global talent and world-class production processes. Weta Workshop is not to be confused with Weta Digital, the VFX company owned by Peter Jackson.

Breakthrough Entertainment is an award-winning producer and distributor of original, premium content for audiences around the world.  It is also one of Canada’s most established and respected production companies.  Founded 35 years ago, it is the partnership of Executive Producers Ira Levy, Nat Abraham and Michael McGuigan.  Breakthrough’s library now boasts 50-plus feature films and 3,000 television episodes which air on major networks and digital channels worldwide.

9 Story Distribution International is the international distribution arm of 9 Story Media Group, a leading content creator, producer and distributor of kids & family focused intellectual property. Recognized around the world for best-in-class brands such as Daniel Tiger’s Neighbourhood, Wild Kratts, Barney and Garfield and Friends, 9 Story Distribution International represents over 4,000 half hours of animated and live action programming, seen on some of the most respected international channels and platforms.  With facilities in Toronto, New York, Dublin, Manchester and Bali, 9 Story Media Group employs more than 1,100 creative and corporate staff. www.9story.com/distribution/

HSK is a wholly-owned subsidiary of Hengxin Shambala Culture Co., Ltd. It is one of the most competitive and promising companies in the children’s culture industry of China. Powered by a comprehensive IP promotion system combing content distribution, product development, L&M, theme parks, live events, stage shows for kids, marketing and product distribution, the company tailors its unique marketing strategies to each property and commits itself to putting these strategies into practice, thus facilitating the growth of the whole industry.