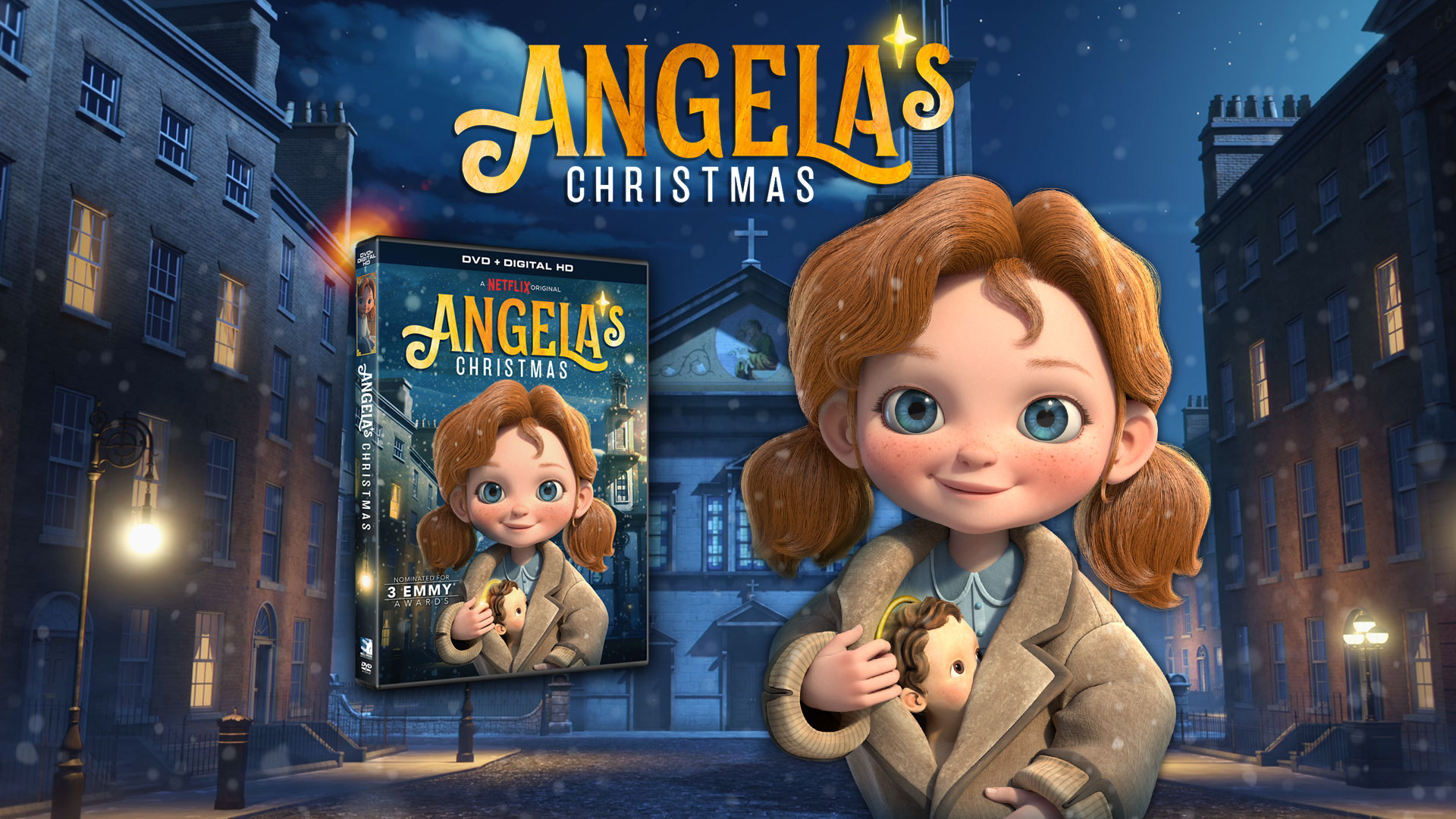 ANGELA’S CHRISTMAS is a funny, heart-warming and poignant story based on Frank McCourt’s only children’s book, about the power of family and the innocent desire of a child to ensure everyone is safe, warm and loved at Christmas time.

DUBLIN, Ireland – November 19, 2019 – Just in time for the holiday season, the Emmy® nominated animated special ANGELA’S CHRISTMAS is now available on DVD and digital download in the U.S. The half-hour holiday film is based on the popular and only children’s story from Pulitzer Prize-winning author Frank McCourt.

The Dove seal approved film is available on DVD in-store at Walmart, as well as online at Walmart, Amazon, Target, Best Buy and Barnes & Noble. It is also available to stream on Netflix and as a digital download on iTunes, Amazon and Google Play. 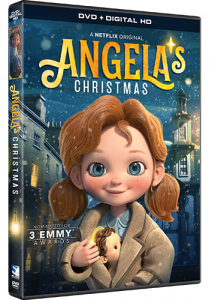 The film stars Oscar-nominated Ruth Negga (Loving, Preacher) in the role of Angela’s mother, and Lucy O’Connell (Oscar nominated Song of the Sea) as Angela. The film is written by Will Collins (Song of the Sea, Wolfwalkers) and Damien O’Connor (Anya, Doc McStuffins), and directed by Damien O’Connor. Ellen McCourt, Frank’s widow, serves as an Executive Producer on the project and Malachy McCourt (Brewster’s Millions, The January Man, One Life to Live), an Irish-American actor, writer and politician, and Frank’s brother, provides the narration. ANGELA’S CHRISTMAS is produced by award-winning animation studio Brown Bag Films and distributed by 9 Story Distribution International.

Set in Ireland in the early 1900s, ANGELA’S CHRISTMAS is a funny, heart-warming and poignant story about the power of family and the innocent desire of a child to ensure everyone is safe, warm and loved at Christmas time. The film tells the story of six-year-old Angela, who – while attending mass on Christmas Eve – notices the statue of Baby Jesus lying in the manger. Worried that the underdressed statue will be cold in the cavernous church, Angela decides to “rescue” the statue and bring him home to warm him up.

“It was my husband Frank’s dream to see this delicate, little Christmas story transformed into a classic Christmas tale,” said Ellen McCourt. “With persistence and care, Brown Bag Films and 9 Story have made that dream a reality. He would be thrilled with Angela’s Christmas as is the entire extended McCourt family!”

The film also features an original song from 2x Grammy award-winner Dolores O’Riordan, the late singer of the hugely popular Irish band The Cranberries. The DVD release features a Making Of documentary which includes interviews with Ellen and Malachy McCourt.

9 Story Distribution International is the international distribution arm of 9 Story Media Group, a leading content creator, producer and distributor of kids & family focused intellectual property. Recognized around the world for best-in-class brands such as Daniel Tiger’s Neighborhood, Wild Kratts, Barney and Garfield and Friends, 9 Story Distribution International represents over 4,000 half hours of animated and live action programming, seen on some of the most respected international channels and platforms.  With facilities in Toronto, New York, Dublin, Manchester and Bali, 9 Story Media Group employs more than 1,100 creative and corporate staff. www.9story.com/distribution/

Visit the angelaschristmas.com to find out how to purchase the DVD and digital download.