HOW TO SAY ‘HELLO’ IN 6 DIFFERENT LANGUAGES 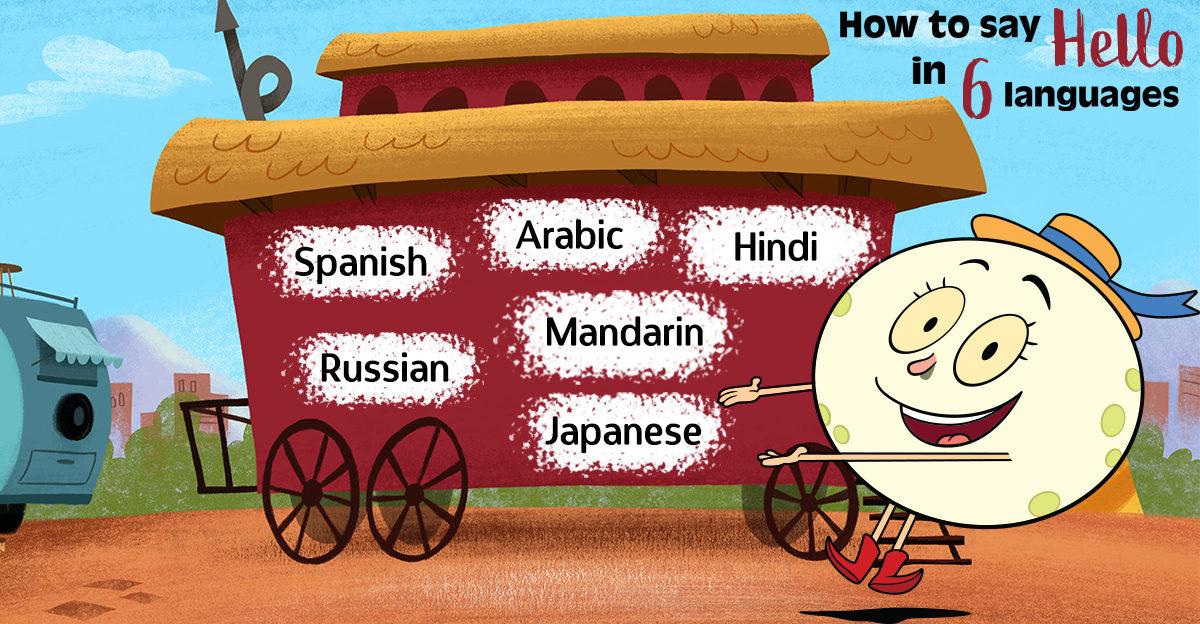 Luna travels all around the world, and at each destination, she likes to learn how to say new words in foreign languages! According to Eton Institute, learning new languages is proven to boost brain power, improve memory, and enhance decision-making and performance in other academic areas.

Call over the little ones and buckle up – Luna is taking you on a trip around the globe to learn how to say ‘HELLO’ in six different languages!

Pronounced: MAR-HA-BON
FUN FACT: Did you know that the Arabic language is at least 1,500 years old?

Pronounced: PRIV-ETTE
FUN FACT: Russian is the most widespread language over Eurasia.

Pronounced: KON-NEE-CHEE-WAH
FUN FACT: Japanese is one of the most fast-paced spoken languages in the world!