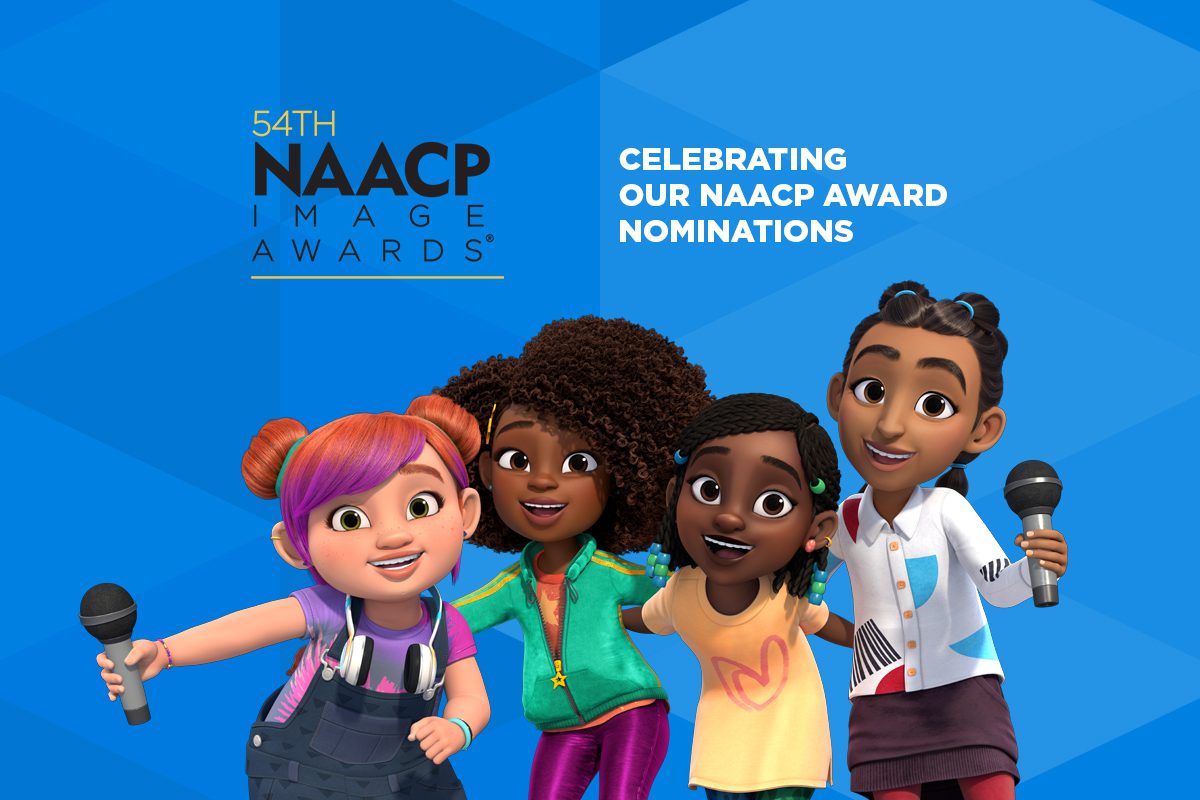 The 54th NAACP Image Awards nominees have been announced and we are delighted to share that our Karma’s World team received two nominations! Chris Bridges was nominated for Outstanding Character Voice-Over Performance (Television) for his role as Karma’s Dad, Conrad Grant, and Hannah Cope was nominated for Outstanding Breakthrough Creative (Television) for her work as a Producer on Karma’s World. Also, a big shoutout to our animation studio, Brown Bag Films, for their work on Disney Junior’s Eureka! which received a nomination for Outstanding Animated Series! 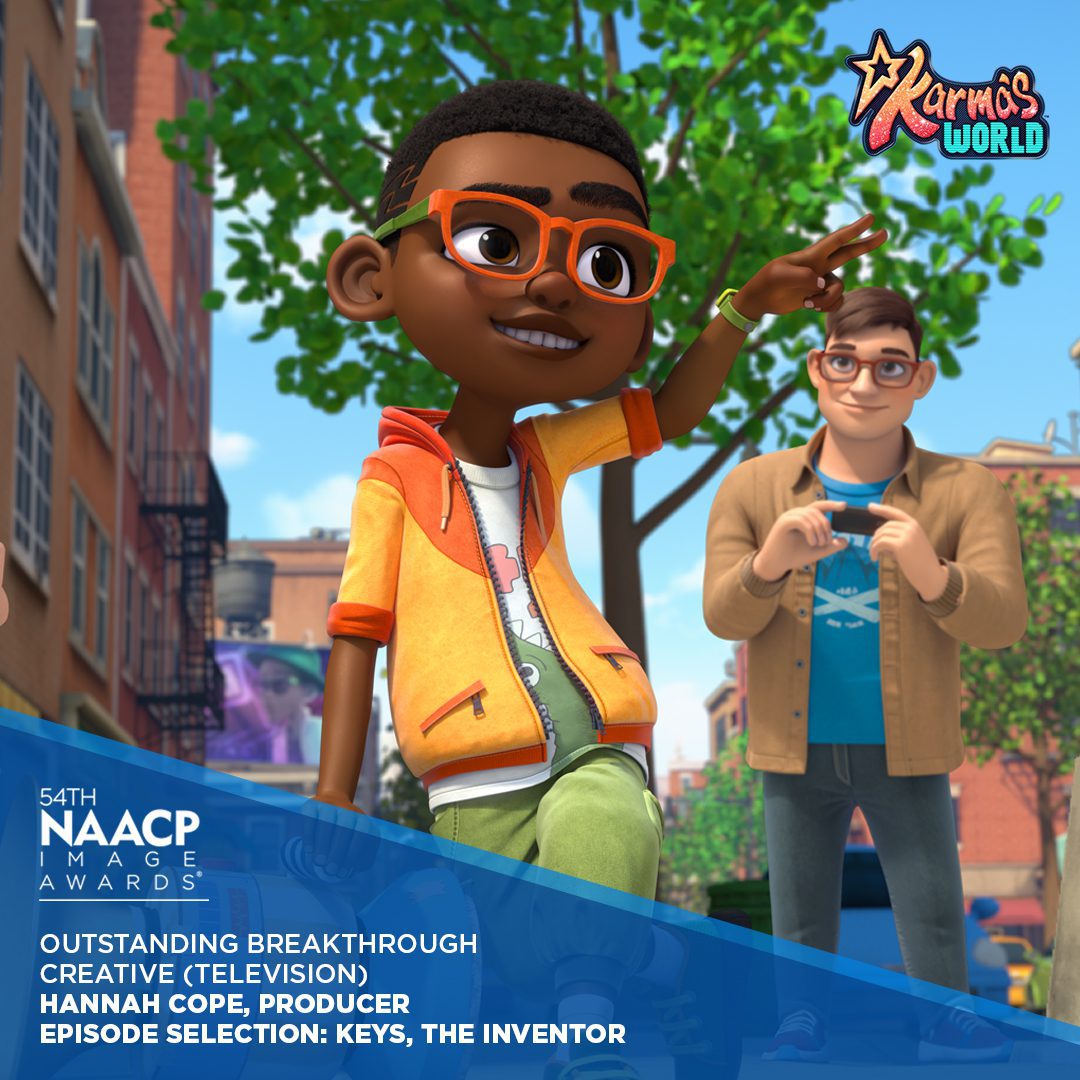 Karma’s World follows 10-year-old Karma Grant, an aspiring musical artist and rapper with big talent and an even bigger heart. Smart, resilient, and deeply empathetic, Karma pours her soul into songwriting, channeling her feelings into whip-smart rhymes with passion, courage and her signature brand of humor. In this series, Karma is only beginning to grasp the incredible emotional power that words and music can have. She doesn’t just want to share her music with the world…she wants to change the world with it! You can stream Karma’s World now on Netflix!

A big congratulations to our entire Karma’s World team and to our partners at Netflix! We’re so proud of the amazing work on the show and honoured to be amongst the talented nominees.

Voting is now open to the public to determine the winners of the “54th NAACP Image Awards” by visiting www.naacpimageawards.net – not all categories are open to the public for voting, but you can vote for your favourites in the categories we are nominated in including Outstanding Character Voice-Over Performance (Television) – Chris Bridges (Karma’s World), and Outstanding Breakthrough Creative (Television) – Hannah Cope (Karma’s World) and for Brown Bag Films’ work on Eureka! under Television + Streaming: Outstanding Animated Series. And you can vote in as few or as many categories as you would like. Voting closes on February 10th, 2023 at 6PM PT/9PM ET.

Winners will be revealed during the “54th NAACP Image Awards” telecast on February 25, 2023, on BET!