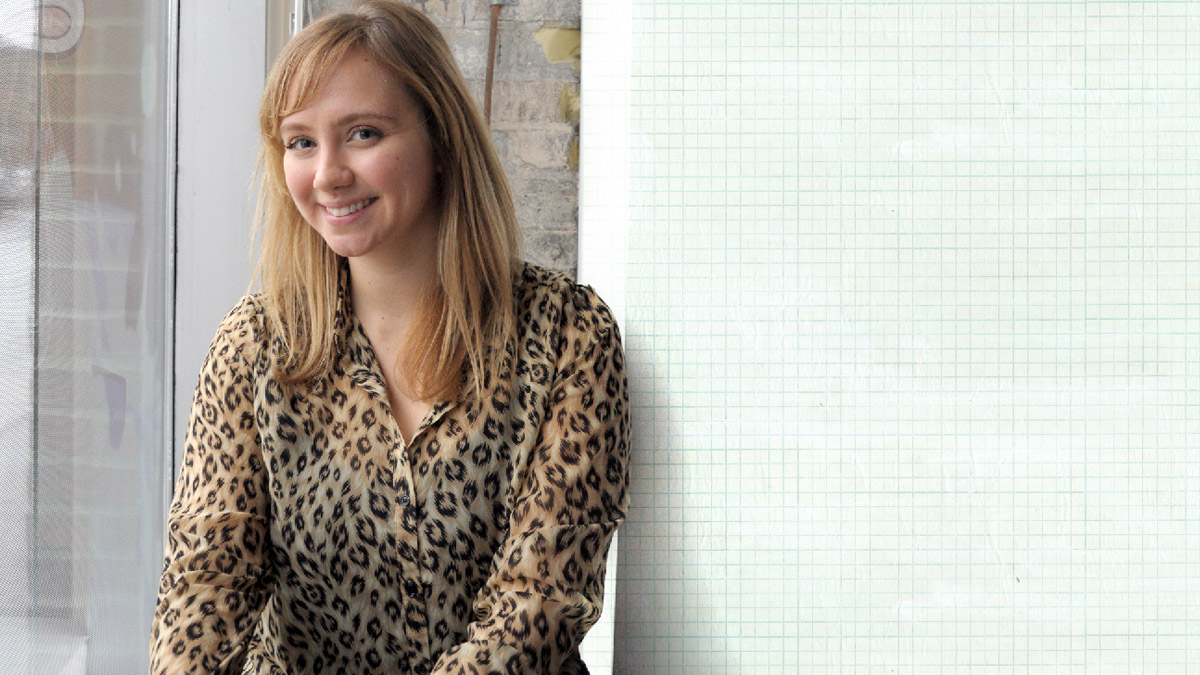 “Figure out what you enjoy and love to do and look for ways to use it. There are probably more opportunities than you think.”

Sage words from Brown Bag Films Toronto (formerly 9 Story) Producer Jen Bradley. Read her full story here and learn more about her life in animation and her Olympic strength below the fold.

I’m a producer currently working on Season 5 of Wild Kratts and on a pilot of an exciting upcoming series, that we can’t share any details on just yet! Since being at 9 Story, I’ve also worked on Season 1 and 2 of Peg + Cat, Season 2 of Camp Lakebottom and Season 2 of Fugget About It.

2. What do you love most about your job?

The people! Working in an environment where you rely and collaborate with so much talent, I really appreciate the opportunity to work with people who have different strengths than I do (I have limited artistic ability but I’ve never met a schedule I can’t figure out!) and I feel like I’m constantly learning and laughing with everyone around me.

3. What is your origins story? Aka, how did you get to where you are today in your career?

I initially grew up and went to school always believing I would be a news anchor on TV. One of my first classes in university had us reading in front of a camera and I immediately hated it. I spent the next four years in school trying to find something I liked and discovered a class specializing in kids TV. We spent one class reviewing animation production and that sparked my interest to learn more. I found an internship at an animation studio as a Production Assistant and worked my way up to where I am today.

4. Any strange or funny moments to share that stand out to you during your time as a producer?

One of my favourite “problem moments” while being a producer was being in a meeting with the majority of the creative team and having a very serious discussion on how much goo was too much goo in a scene and if the character needed to be fully “slimed”. The discussion got pretty heated as FX was concerned there would be too much while the director thought their solution wasn’t enough. In a moment when the debate got particularly heated, we just laughed and thought what an awesome industry we work in! I still have “60% more goo” highlighted in my notebook. 5. What is one of your best experiences you’ve had while working as a producer?

One of the best experiences I’ve had while working in animation was on Fugget About It – the director and the design team surprised me by drawing me into an episode! My character had a shining (albeit small) role walking in and delivering a package to one of the characters in the scene, but best of all, I e-mailed my Dad about it and he was THRILLED! I think he felt I finally “made it” in the industry.

6. What have you found is the most challenging thing about working in the animation industry?

It’s the same thing that is one of the best things about working in the animation industry; no two productions are the same! It can be challenging when something that worked great on a previous production isn’t working on a current one. Each time a new show starts up; you need to find a rhythm and groove that works with that production, even if the crew are the same. 7. What advice would you give to someone looking to pursue a career in animation?

Go for it! This industry allows you to excel at your strengths. I may not draw (I can scribble a pretty awesome cat though) but I am really strong at organizing information and I really like cost reporting (It’s true – I do!). Although those qualities don’t seem like they would be needed in a studio that produces creative content- they are! Figure out what you enjoy and love to do and look for ways to use it. There are probably more opportunities than you think.

8. Who is one of your biggest influences or inspirations?

I find I draw inspiration from the people I surround myself with in my day to day life. I’ve been fortunate to have family and a solid foundation of friendships that push me to believe I can do anything. My best friend Jo, in particular, consistently raises the bar of what is possible to achieve and I’m constantly inspired by her drive and determination. I think it’s so important to find people who are open to support and encourage one another- I’m just as happy for my friend’s success as they are of mine! 9. Outside of work what is your story? (Outside interests and pastimes)

I spend a lot of time Olympic weightlifting. I have been at the sport for the last 4 years along with Crossfit classes and I really enjoy going to them after work. Great way to get your frustration out! I’ve also tried my hand at standup comedy and have a love – hate relationship with hot yoga (currently: love).

And just in case you were wondering, here is a list of her current weightlifting personal bests… Jen said it was cool to share because it will push her to beat them later!

10. And finally what is your life motto or favourite quote?
May seem super cheesy but I always fall back to it and have repeated it to so many friends!

Promise me you’ll always remember,
You’re braver than you believe,
Stronger than you seem,
And smarter than you think
-Christopher Robin (A.A. Milne)